It’s not surprising that a lot of English words originated in Spanish. There were a number of political marriages between the English and Spanish over the years (Catherine of Aragon, anyone?), a military rivalry (ever heard of the Spanish Armada?), and, of course, there’s the fact that the English and Spanish were colonizing the Americas at the same time, leading to a lot of Spanish words being brought into English on the frontier. Wild West words like lasso, rodeo, mustang, and bronco all originated in Spanish. Today, the United States shares a 1,900 mile border with Mexico and is home to millions of immigrants from Latin America. From Spanish, we now have countless food terms, such as burrito, salsa, and…taco! 😜🌮🌮🌮 We’ve adopted clothing terms like poncho, exclamations like olé, and names for animals like armadillo and mosquito. Even some of our state names are actually Spanish! Nevada means “snowy” in Spanish, and Florida means “flowery”.

Thousands of English words have their origins in Spanish, enough to fill a book! Keep reading to learn 8 Spanish loanwords in English, complete with an infographic and a practice quiz at the end. Arriba! This is one Spanish word that we use all the time in English. When we talk about machismo, we’re talking—usually in a disapproving way—about aggressive male behavior that emphasizes the importance of being strong rather than being intelligent and sensitive. I’ve also seen this defined as an exaggerated masculinity. To be clear, although this expressive word originated in Spanish, we use it to describe any man exhibiting this behavior, regardless of his culture.

Wanda: Look at the way your bulldog struts and swaggers! He’s a tubby little bundle of machismo, isn’t he?
Flora: Oh, yes he is. He’s the man of the house, make no mistake about it. I love it!

Brian: You’re my wife! How dare you question my authority!
Debbie: Are you kidding me? I’ve had enough of your machismo! I’m 51 years old and perfectly capable of making my own decisions from time to time! 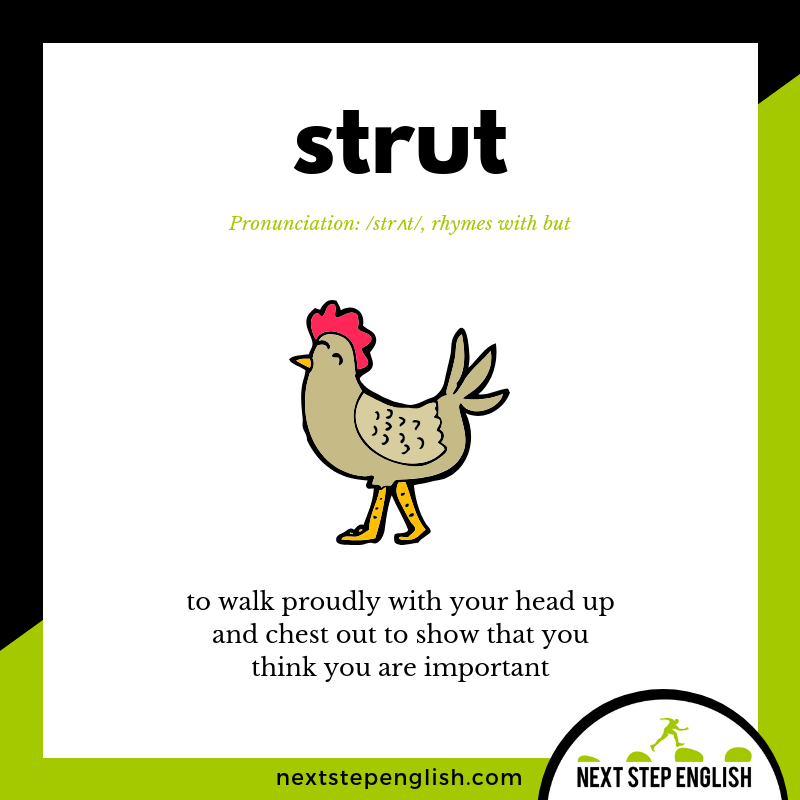 be a bundle of something make no mistake (about something) This is one of my favorite Spanish loanwords in English! If we tell someone to do something pronto, we’re telling them to do it quickly or immediately.

William: I need you to drop what you’re doing and help me with this bid. The GC wants it pronto.
Katie: No problem! Give me five minutes, and I’m all yours!

Jeff: Get out of the building, pronto! There’s an earthquake!

This Spanish loanword is very common in English. An aficionado is a person who likes a particular sport, activity, or subject very much and knows a lot about it.

Jess: What do you think of the music?
Gwen: I’m no aficionado, but I like it! (= I don’t know enough to say whether it’s good or bad from a quality point of view, but I enjoy it)

Niles: You should ask Tony for oyster recommendations. He’s an aficionado of shellfish.
Sonny: No kidding! I don’t think I’ve ever met a shellfish aficionado!

Incommunicado means without communicating with other people, because you are not able to or because you do not want to.

Shirley: I’m going to be incommunicado while I’m up at the lake, so if you need anything, talk to my assistant.

Ernie: Have you heard from Bill? I can’t reach him.
Jaime: No one can. He went incommunicado last week, and on one’s heard from him since. I wonder if we should notify the police?

Bertha: Want to get together this weekend? My husband is holed up in the shed writing incommunicado all weekend, so I’ve got plenty of time to hang out with the girls. Related: Practice your English listening skills with these 10 mini-dictations!

When two people do something mano-a-mano, they do it facing each other directly in order to decide an argument or a competition.

Mano means “hand” in Spanish, so this literally means “hand to hand”.

Adrian: I’m not one for sly schemes or palace intrigue. If you’ve got beef with me, let’s settle this face-to-face, mano-a-mano.

Gloria: You talk a good game, but I wonder if you’re only talk. Would you actually be brave enough to confront her, mano-a-mano? have beef with someone 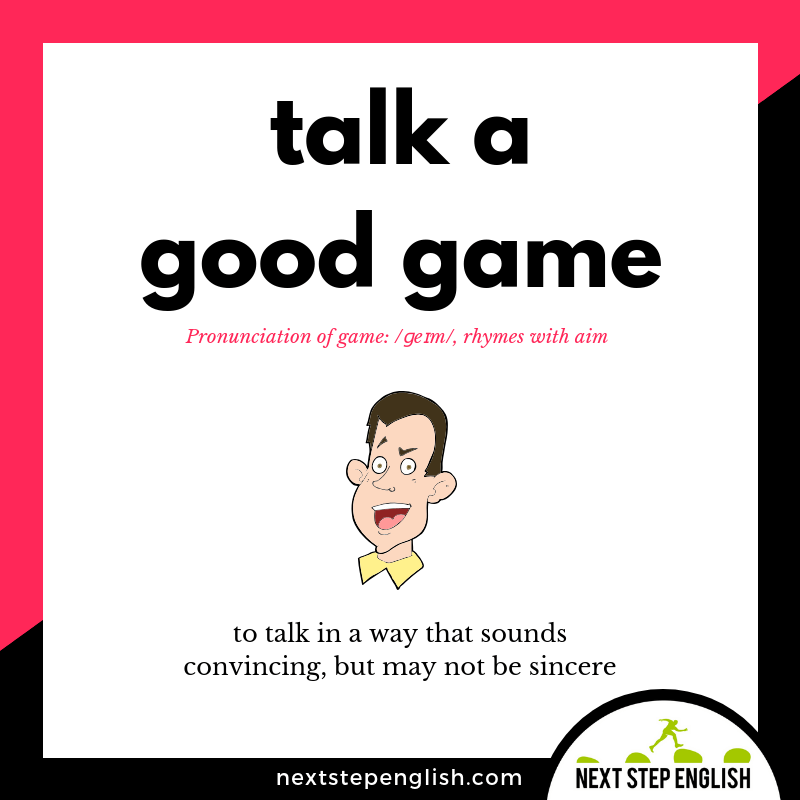 Amanda: Where’s Jerry?
Fred: He’s popped upstairs for a siesta. He asked me to wake him up in half an hour.

Lizzie: I brought some Valium to help me take a little siesta on the plane. I can’t stand just sitting there, wide awake.

This Spanish loanword is interesting because its definition and its spirit are slightly different in English. If you were to only read the definition, you would assume that a desperado is always a really, really bad thing. A desperado is, after all, a man who does dangerous and criminal things without caring about himself or other people. However, this word has a romantic feeling to it. It conjures up the idea of a daring adventurer who, sure, may happen to be a ruthless killer or a shameless thief, but who is also fearless, independent, self-sufficient, and willing to risk it all.

One of my favorite women from history was Miss Fanny Sweet, a prostitute in 19th-century New Orleans. In his book The French Quarter, Herbert Asbury describes her romantically as “an authentic adventuress of the old school…and one of the most remarkable female desperadoes ever known”.

Bridger: I dreamt last night that we were in the Old West, land of buffalo and mustangs, of gallant sheriffs and dauntless desperadoes.
Leslie: Us in the Wild West?! Hahaha! We wouldn’t last two minutes!

Doug: I’ve got an idea for a new script. A family-man-turned-desperado hunts down the cartel that killed his wife and kids. I’m thinking of Liam Neeson for the lead.
Rebecca: Oh, come on, give me something more original. You just told me the plot of the movie we saw together last Thursday! 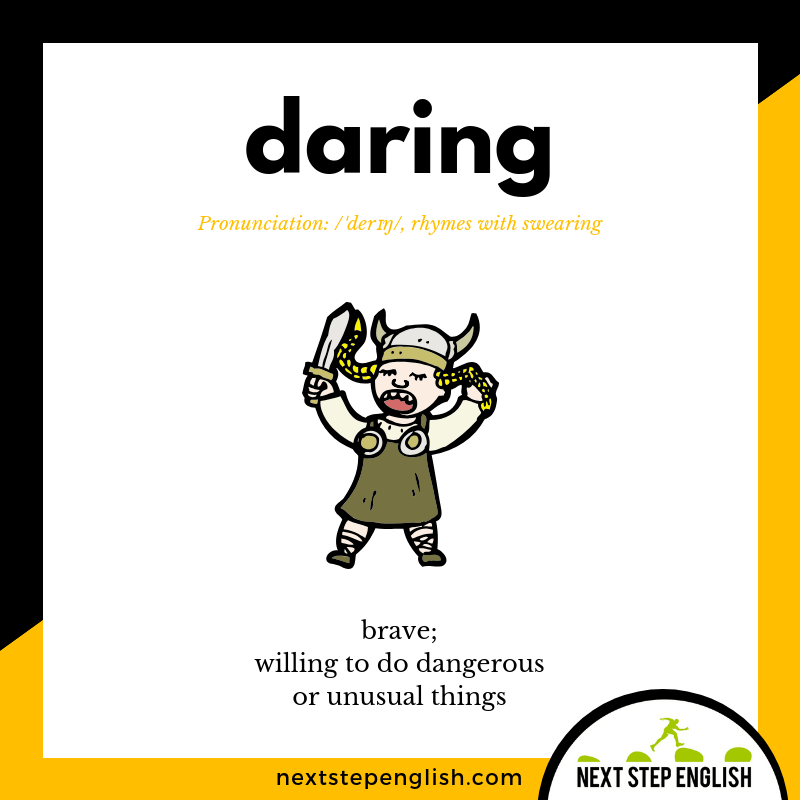 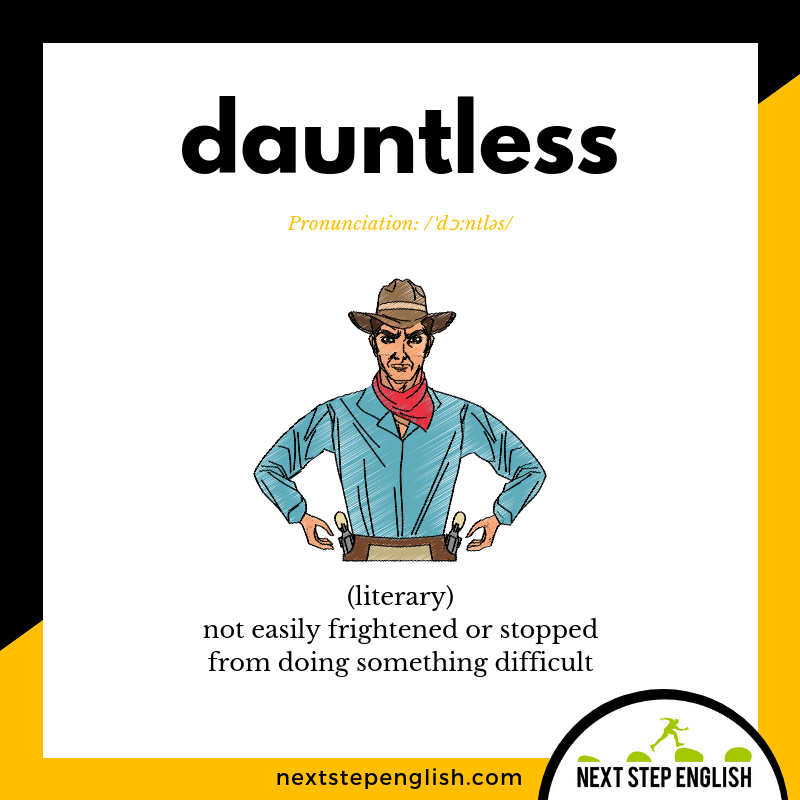 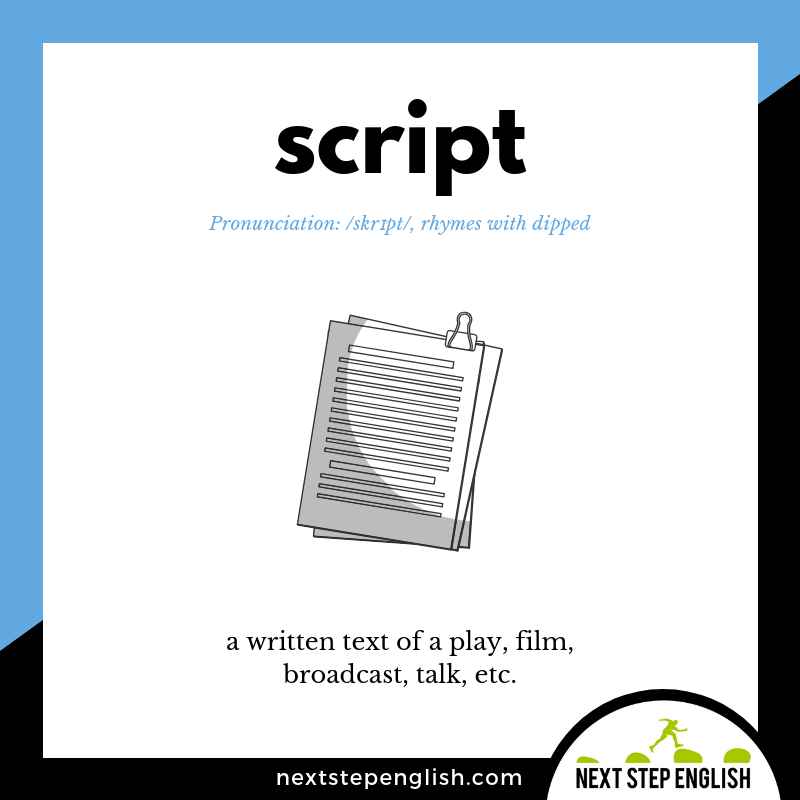 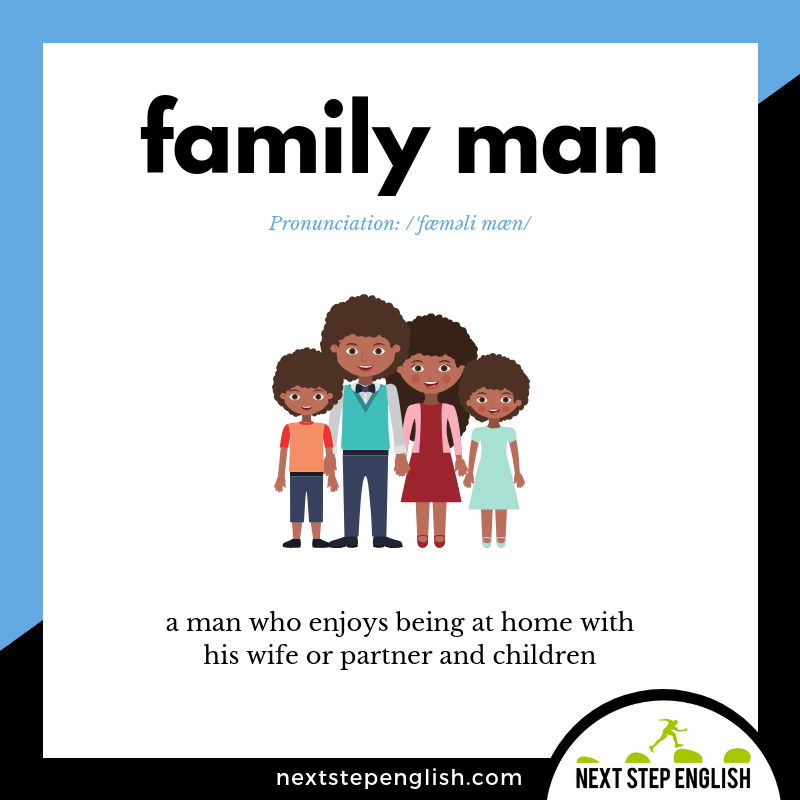 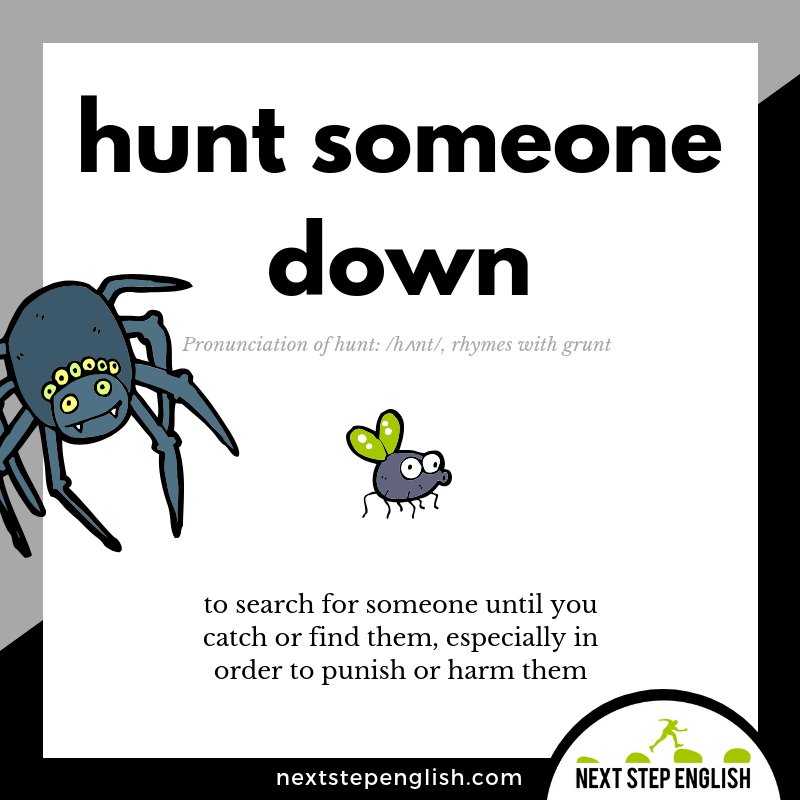 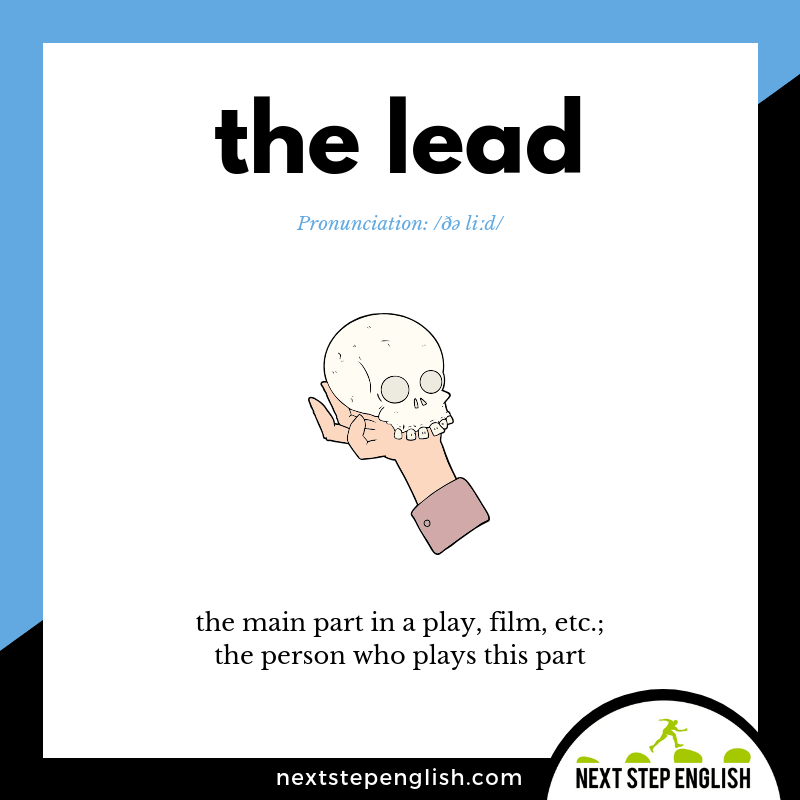 If you do have a desperado on the loose, and the police can’t get him, you may need this next Spanish word used in English. A vigilante is a person who tries to prevent crime or punish criminals in their community, especially because they think the police are not doing this. A vigilante is someone who takes the law into their own hands.

Sarah: Don’t do this. If the police don’t get you, the vigilantes will.

Todd: I know it’s hard, but you’ve got to let the police do their job. We don’t want to live in a society run by vigilante justice, however gratifying that might sound right now. 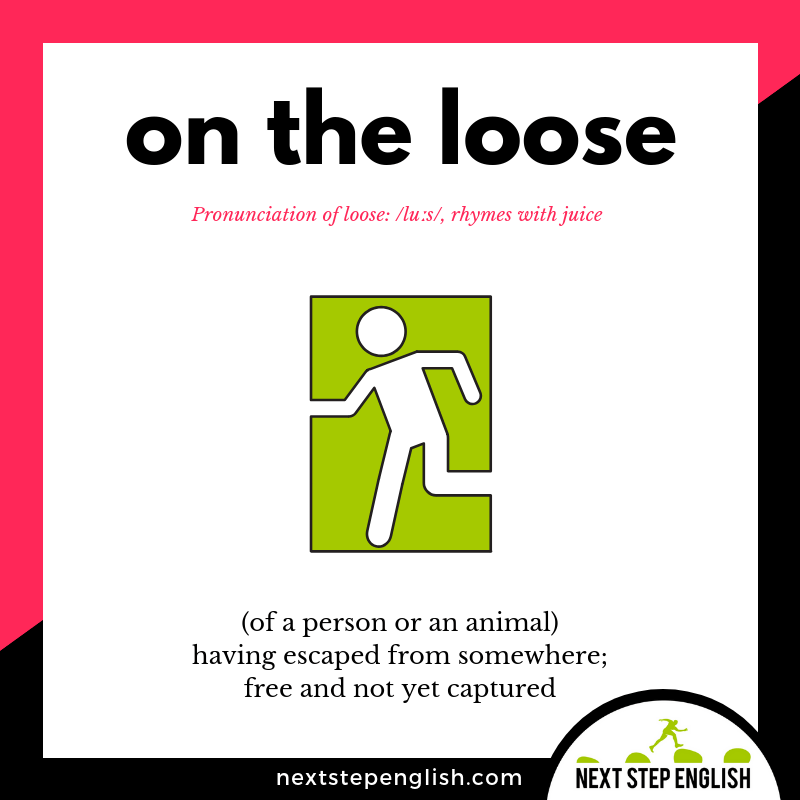 take the law into your own hands 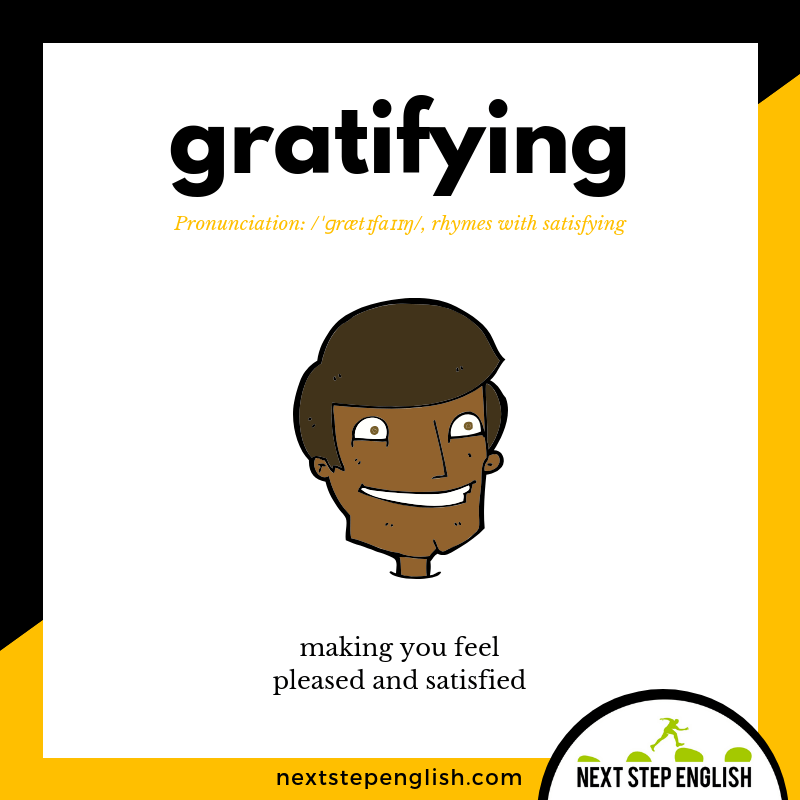 Related: Check out this post for a fun timeline of the English language!

Thank you for reading to the end of this post on Spanish words used in English!

Related: Visit this post for an infographic of 9 dad idioms in English!

If you’re a native Spanish speaker, this is going to be the easiest vocabulary quiz on my entire website. 🤣 If you’re not, good luck! It’s time to quiz yourself on how well you know these 8 Spanish words used in English!

Related: Do you enjoy these quizzes? Try this quiz on phrasal verbs with ‘drop’ 🙂