Hello! I’m Pincy and I’m a cat. I could say I’m an awesome cat, but that’s redundant because all cats are awesome.* One of my most awesome attributes is that I love words. Words are magical, aren’t they? The more words you know, the more ways you can use them. You humans have to read or hear or see them to learn, but I learn another way: osmosis. I like to nap on my Merriam-Webster dictionary because when I wake up I know even more words!

Because you can’t depend on osmosis, I’ll help you out. It’s summer, one of my four favorite seasons, and these are some of my favorite estival words. See what I did there? I snuck in the first word: estival. Estival is an adjective, which means it describes a noun. It means “of or relating to summer.”

Some people say summer is soporific. It means “causing someone to become tired and ready to fall asleep.” Just imagine lying under a shady tree, soft breeze moving, and you’re drifting off to dream of crinkly balls (maybe that’s just me). You might say, “I can’t think of anything finer than a soporific afternoon in the backyard, especially when I should be weeding the garden.” 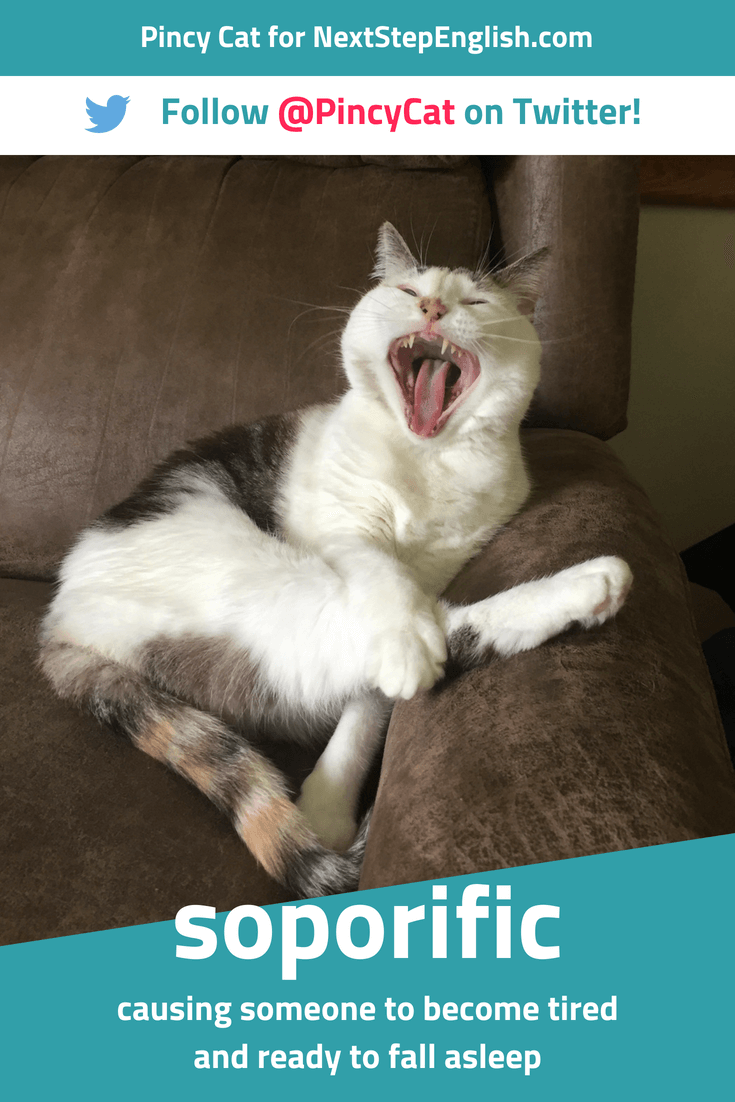 Balmy is also an adjective. It has several meanings, but one is “warm, calm and pleasant,” and we use it to talk about the weather, the air, etc. You might say, “Balmy days make me happy, but a cat would make me happier.” And you would be speaking the truth.

Okay, so you’ve been soporific on a balmy day, but now it’s time to wake up. What’s the first thing you do? You practice pandiculation. Pandiculation is a fancy medical noun for stretching and stiffening your limbs when you wake up. Everyone does it, including cats, and it feels so good. You might say, “Pandiculation is the best part of waking up,” and then look superior when the other person has no idea what that is.

Something else people experience in summer is bugs. It doesn’t matter what they’re called—mosquitos, gnats, or “oh my gosh, what IS that??”—they’re a botheration. Botheration is a noun and means what you think it does: something that is annoying and bothers you. You might say, “I’d like to finish my favorite book of poetry, I Could Pee on This: And Other Poems by Cats, but these gnats are a botheration.” (Yes, that’s a real book. I own it.) 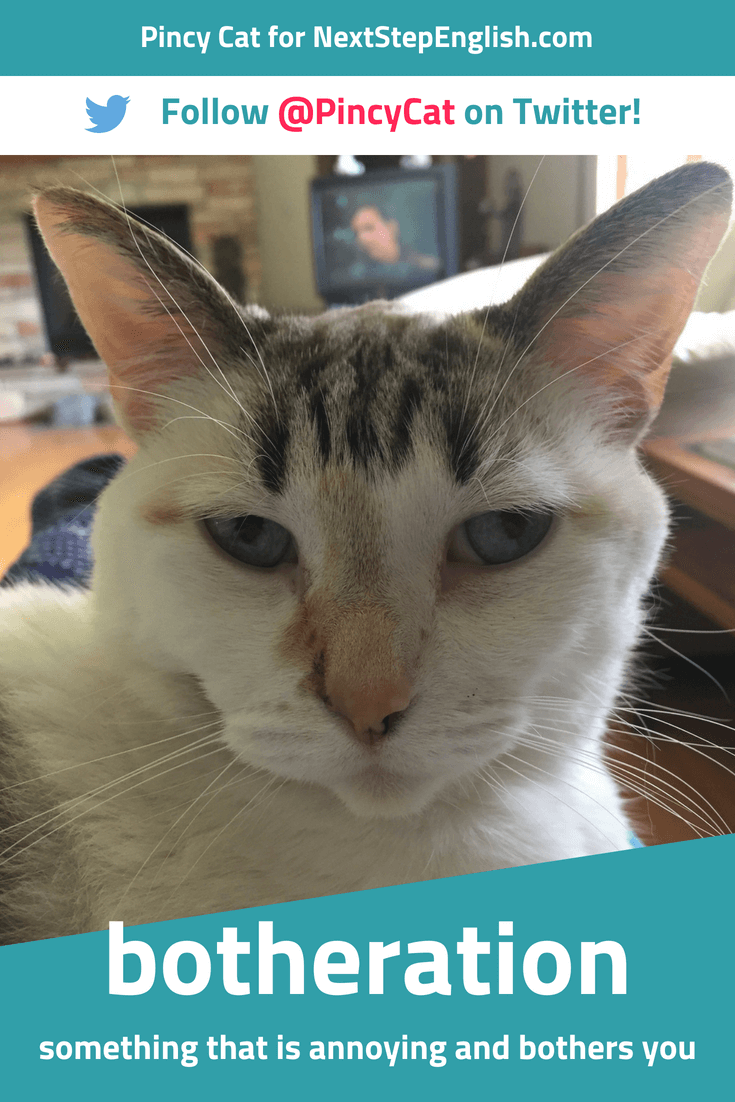 No sooner are those words out of your mouth, you’re beset with mosquitos. One of the meanings of beset is “to trouble or harass someone,” and you can tell it’s a verb because it’s something you do. “Arrgh!” you yell as you hightail it inside. “I’m beset with mosquitos!” Did you notice how I snuck a bonus word in that sentence? The verb hightail means “to retreat at high speed” and that’s what I do when it thunders, but that’s a story for another day.

Many people love to have parties during the summer, particularly ones held outside. A clambake is an outdoor party characterized by noisy sociability. You might say, “Let’s have a clambake! Bring your swimsuit!” And if that isn’t enough, mention that there will be food (and alcohol).

For some reason, humans like to get wet. If there’s a body of water around, people like to swim in it, especially the dog-paddle, which is a noun and refers to swimming the way a dog does. You might say, “I can’t even do the dog-paddle, so I swim like a fish . . . at the bottom.” And then wait for people to laugh. (You might have to wait a long time.)

When humans drink alcohol, the racket increases. Racket is a noun and one of its meanings is “clamor.” Clamor means “noisy shouting.” See how much fun it is to learn new words? Now when you think something is loud, you can say racket or clamor!

I don’t drink alcohol, but I get besotted when I have too much catnip. One of besotted‘s meanings is “drunk or intoxicated.” You might say, “I think Pincy’s besotted from catnip because she fell asleep in the butter!” (Side note: I dream of that happening.) Summer is chock-full of fun and words to describe it. I couldn’t resist adding another word. Chock-full is an adjective that means “so full that nothing else will fit.” You might say (and I hope you do), “Has anyone seen Pincy? That cat is chock-full of awesomeness.”

What are your favorite words this summer? 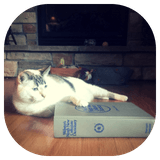 You might know this, but English isn’t my first language. My first language is cat (because I’m a cat). I was born in a barn and now I live in a house, and one of my favorite spots is on the back of the couch. My other favorite spot is Twitter, where I share a word of the day, silly jokes, and photos of a most photogenic cat (if you guessed that I’m that cat, you’re right!). Visit me on Twitter at @PincyCat. (Preference will be given to those who come bearing cat snacks.)