My name is Katie, and I’m an ESL teacher from Canada. Throughout my years of teaching students from all around the world, I’ve heard my fair share of crazy rumours about my country. Canada is a really interesting place because it’s so big and every part of the country is completely different. But no matter where you go, there are polite people apologizing for getting in your way, maple syrup and almost always a Tim Hortons coffee shop. Canada is full of funny stereotypes, and although some of them are true, most of them are not. So today, I’m going to debunk 5 myths about Canada!

I’ve had many students ask me if Canadians live in igloos, and it never fails to make me laugh. Although it does snow a lot here in Canada, especially in certain provinces, it’s not a snowy wasteland. And we all live in normal housing.

The Inuit people in Canada, who typically live in northern provinces (Nunavut, Northwest Territories, northern Quebec/Ontario, etc.) have stereotypically been shown to live in igloos. While they did live in igloos a long time ago, this is no longer true. Igloos were surprisingly warm in the harsh Arctic cold because snow acted as an insulator and kept igloos around 16 degrees Celsius with just body heat. Igloos acted as overnight shelters when the Inuit people would go hunting, or as more permanent housing, with up to five rooms. The word iglu in the Inuit language means house, so many people assume that they live in igloos. But iglu may also refer to modern buildings, which many Inuit people live in. Most Canadians are known for saying “eh”. Whenever we travel or talk to somebody from another country, we never hear the end of this sentence: “You out and a-boot today, eh?”

Canadians really don’t say “eh” much. At least not where I’m from! But we’ve turned it into a national inside joke, which speaks to the good humour Canadians are generally known for.

I’ve unfortunately (or fortunately?) never seen a polar bear. These massive bears tend to live along the Arctic coastlines up north, and along the north-west side of Hudson’s bay. So you will probably never see a polar bear if you come to Canada, unless you’re traveling way up north or one escapes from the Toronto Zoo.

Moose are much more common in Canada, and they can be found living along large bodies of water and national parks. One such spot is called Algonquin Park, where I’ve gone camping a few times…but I’ve never seen a moose there either. You’d never guess it based on their looks, but moose can be quite dangerous. They’re territorial and protective of their young, and will charge if they feel threatened. Yikes!

Oh, and beavers? Those cute little guys with the big teeth? I’ve never seen one of those either, despite being on several ‘beaver’ hikes.

We have some beautiful and interesting wildlife in Canada, but you’re probably not going to see a whole lot in the wild. We don’t see polar bears running around like squirrels, but we do have a lot of squirrels! 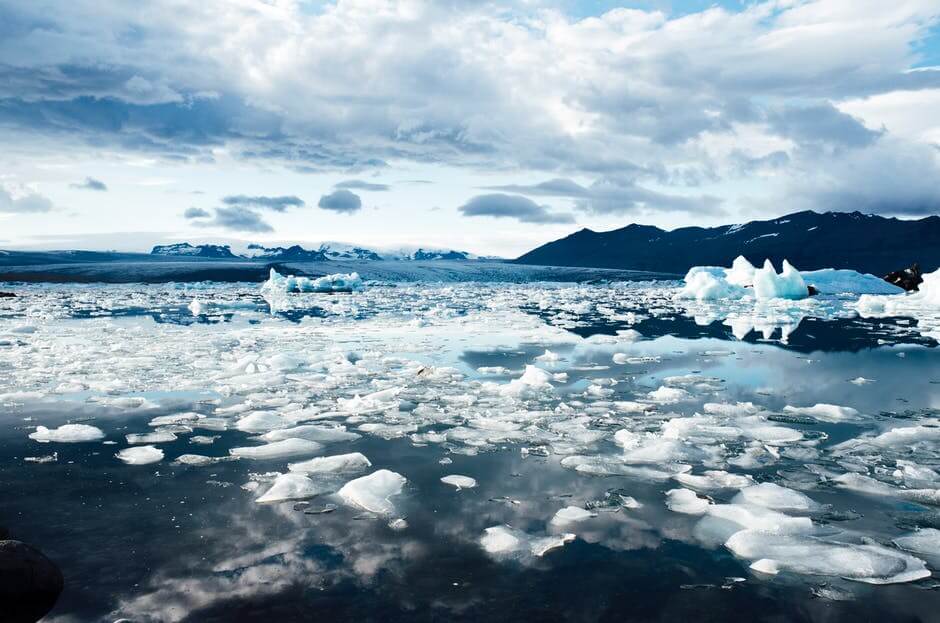 As I mentioned before, Canada isn’t a snowy wasteland, even though it is currently snowing as I’m writing this… Regardless, we actually have beautiful summers here that can get quite warm, like mid 30°C without the humidity. East and west coast summers tend to be a little cooler, with less humidity. Likewise, if you head up north, it can be a little cooler in the summer as well. Our summers are generally June 21st – September 21st, with the warmest months being July and August. So if you’re wanting to spend a summer in Toronto, be prepared to sweat! But don’t worry, you can sip on our famous iced drinks from Tim Hortons.

5. We Don’t All Speak French

About 60% of Canadians speak English, while only 20% of Canadians speak French. In fact, most Canadians stop learning French after Grade 9 – since that was the curriculum requirement. And because of our diverse population, we have many different accents within our country. For example, because so many Irish immigrants came to the east coast of Canada, the Maritimer accent sounds similar to the Irish accent. You may hear: “Take your cuuurh (car) to the buuurh (bar), right? It’s not too fuuurh (far).”

Canada prides itself on being known as a ‘cultural mosaic’. We believe that Canada is a stronger and more beautiful country by having immigrants bring their cultural identity with them. In total, there are 196 specific languages spoken in Canada, and 66 of them are native languages spoken by the Aboriginals. So that means there are millions of people in Canada who don’t speak the official languages, and hundreds of different cultures that make Canada so beautiful

I hope I’ve debunked some common misconceptions about Canada for you, and I hope one day you’ll be able to visit Canada! No matter where you go it’s full of beautiful scenery, people, and things to do.